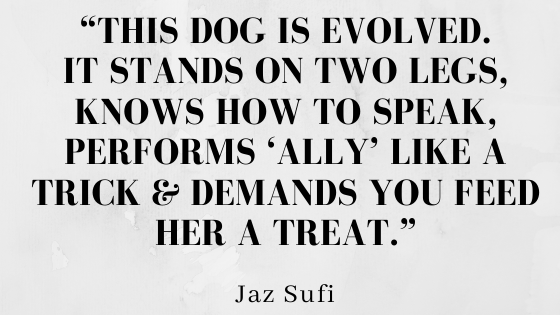 A message from our Volunteer Coordinator, Pam Rosales:

The movement to end sexual violence is filled with activists that are passionate in ending other forms of social injustice. In a culture where People of Color experience higher rates of sexual violence, racial equality is deeply interwoven in the movement. As the Volunteer Coordinator of Safe Passage, I meet passionate individuals who are dedicated in both fights. Being a Filipina Muslim American, I’m aware of just how pervasive racism lurks within this space.

This space, where survivors of color seek sanctuary and healing, is often times permeated with well-intended individuals claiming to be allies. Whose ‘wokeness’ is as performative as the ethnic artifacts hanging on the walls from their last mission trip. Jaz Sufi illustrates this performance in her poem:

“When I say ‘woke’, I mean she keeps the city up at night listen to how loud her allyship is, like it’s only worth the effort if everyone can hear its echo. She says ‘fireworks’ I say ‘gunshots’ she says I’m wrong, but you’ll never catch her in the kind of neighborhood where you learn to tell the difference…When I say ‘woke’, I mean she knows all the right words. Says ‘microaggression’ and tries to shrink me smaller. Says ‘white fragility’ and shatters into shrapnel. Blames the brown girl for all of her bruises as she carves the meat from my bones. But of course, the only damage here is what was done to her, by me, the terrorist.”

People of color who survive trauma from sexual assault are not free from the trauma of racism. They have to carry the heavy weight of both. If racial violence continues, sexual violence persists, and vice versa. People of color experience victim blaming with the added baggage of racism. When a person of color seeks support for their sexual assault, not only do they worry about whether or not they will be believed, but they have to worry about how their race affects their journey. Will the color of their skin affect whether or not they will receive proper medical care when they get a rape-kit done? If they share their story, will people blame their culture for being ‘oppressive’ and ‘backwards’? Will their citizenship be the focus of the conversation instead? This is the trauma that People of Color endure, often by the hands of “allies.”

Do impactful, genuine allies exist? Yes. This post is not about them. This post is about those who exploit the oppression of People of Color to wear as evidence for their activism. This post is about the “allies” who grab the microphone from us to speak for us, and then receive the accolades that should have been given to us. The thing about these allies, is that even though they might not see themselves as problematic, the people of color around them can spot them out easily. We see you, and we are not fooled.

While reading books like White Fragility is a start, it is not enough. There’s no simple answer to this complexity. I wish I can say that the answer is to travel, to have more People of Color in your inner-circle, to educate yourself on issues of racism, to learn more about our peoples’ history and culture – but I have seen “allies” partake in all of those things and still get it wrong. Instead, their knowledge of our culture and experience is weaponized against us through the form of tokenization, gaslighting and white saviorism. We do not need you to free us. We do not need you to speak for us. We do not need you coming into our ancestral lands, wearing our traditional clothing, speaking our mother tongue, and then stealing our identities to make yourself look “worldly.” We need you to listen. We need you to start by believing when you are held accountable on your racial abuse. We need you to be silent when we speak.

So I ask this: if I asked the people of color in your life what type of ally you are, what would they say?