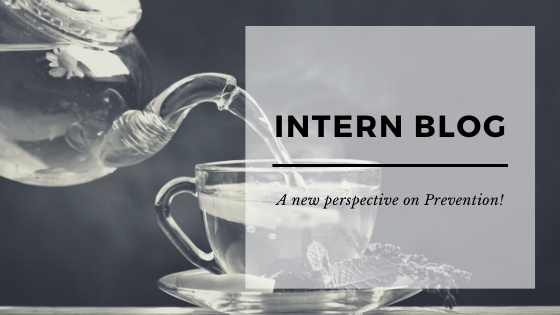 Another reflection on popular prevention videos from the Safe Passage Marketing Intern:

My overall reaction to watching “James is dead” was frustration towards the meaning behind this video and the fact that this attitude is common towards victims of rape and murder. It’s wild that we have gotten to a point where it’s the victim’s fault for being raped because of what they were wearing or who they decided to talk to. I have even heard of stories where the rapist was let off and not charged because they were a big-time football player and it could ruin their career. This kind of attitude towards rape and sexual assault is making it easier to commit those crimes and get away with it.

What you wear: Back in high school, we had a dress code to abide by that seemed to mainly affect females. We could not wear strapless tops, tops with straps less than an inch, and short shorts. These rules, I’m guessing, were put in place to keep girls from becoming a distraction in a learning environment. Similar to dress codes, people will shame a victim of rape or sexual assault because of what they were wearing. According to these same people, wearing short shorts or a strapless top is just you asking to be raped against your will. What you wear and how you look is not consent and should not be treated as such. If you chose to wear revealing clothing, then that is your choice and you should be free to without any fear.

Being prepared for anything: Another part of this video that I wanted to talk about was the idea that you should always be prepared. I have seen items for sale such as rape whistles, color-changing nail polish that can detect drugs, underwear that is almost impossible to take off, and many others like those to help keep you safe against potential attackers. These products are useful and definitely help you if you find yourself in a situation, however, the fact that we need these products to stay safe is scary. It’s living in a constant state of fear, not knowing when you would need to use pepper spray on someone who means to do you harm. These themes shown in “James is dead” are a great example of current issues regarding rape and sexual assault and hopefully someday victim-shaming will be less common and frowned upon.