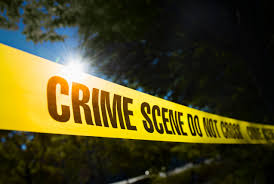 A DeKalb County man recently returned to the area fleeing California after allegedly shooting another man to death. (Links to local reporting on the crime HERE and HERE). Mark Sypien had a host of criminal convictions in the northern Illinois area, the vast majority of which were convictions on domestic battery and violations of order of protection charges.

Sypien clearly showed that he was unconcerned about breaking the law.  He abused intimate partners.  He violated court orders of protection.  He harassed victims and family members.  And then he moved to California and did the exact same thing.  The man Sypien murdered was the father of one of Sypien’s former partners.  John Moore, age 76, was concerned about Sypien’s violence, had previously obtained a restraining order against Sypien, and had spoken to family members about his concerns that Sypien might continue to harass the family. His concern was, devastatingly, justified.

How did Sypien continue to evade law enforcement for so long?  How was he able to obtain a firearm when he had so clearly demonstrated a inclination toward violence? How can we tolerate a world where so many victims live in fear of an abusive partner returning to harass or harm them?

Abusive individuals who are not held accountable are a risk. Violence, stalking, and controlling behavior cannot be tolerated.  We can’t just look the other way. Shooters in the mass shootings that are becoming all-too-common almost always have one thing in common: a history of domestic violence or misogyny.

If we are serious about ending violence in our community, our nation, and our world, we need to take a hard look at domestic abuse. We need to look at how we are raising our kids to have healthy relationships.  We need to talk about the connections between toxic masculinity and violence. We need to hold abusers accountable and we need to commit to working together until everyone is safe.