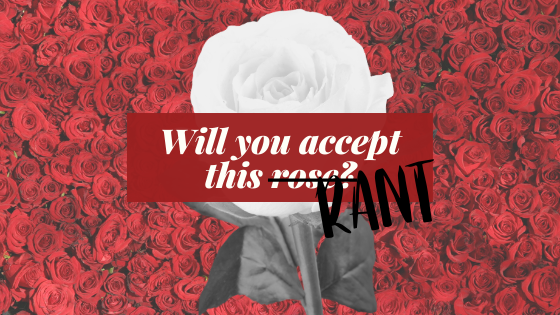 Hello hello hello and welcome to all our readers, people who accidentally stumbled here from Twitter or Reddit, and a special hello to all the animals in Australia.  You’ve had a rough time lately…first rampaging wildfires and then Peter’s rampaging hormones?  We’re so sorry.

You deserve ALL the hugs.  And lots of legislation fighting climate change.

We’re working to examine and call out our culture of relationships that we see under a microscope in the petri dish that is Bachelor Nation.  Check out our weekly Facebook Live video (clink this link!) to hear all our thoughts and let us know what you’re thinking about this week! Don’t forget, you can always follow along with us on Twitter too! (@Safe_PassageDV)

Last night’s episode was Fantasy Suites and things got turbulent!

For anyone who is new to Bachelor Nation, Fantasy Suites are famously set-up as the place where contestants have the chance to sleep with the Bachelor or Bachelorette but as many former cast members have reported, it is MUCH more about the chance you have to spend time alone together without cameras. Get your minds out of the gutter.

OKAY.  Quick Recap of the Fantasy Suite Dates in the order we saw them:

In Madi’s case, we can see that even in healthy or happy relationships, if you can’t communicate, you are going to hit some major turbulence. When you are such different people or come from such different backgrounds, you have to be able and willing to be have hard conversations and if or how you can sort them out.  I think Madi is finding that she and Peter aren’t on the same page she thought they were and that could spell the end of their relationship.  This MIGHT (not definitely, but MIGHT) have been avoided, if they had communicated sooner and more openly about their differences and how to sort them out.

On Victoria’s side, we can see how unhealthy relationships can be built and maintained through deliberately poor communication. Victoria isn’t a monster.  She isn’t a lost cause. But if she is going to be able to build healthy relationships, she needs some serious introspection and honestly some therapy.  None of that will be accomplished if she keeps gaslighting, manipulating, and running from every deeper conversation.  Even on their Fantasy Suite date, the date where we’ve seen her cry the LEAST, she still turned weepy every time Peter tried to bring up anything that even remotely looked like a conversation on the areas for growth in their relationship.  Victoria keeps deflecting and running every time Peter tries to go deeper.  At best, she’s missing out on a chance to grow.  At worst, she’s deliberately sabotaging Peter’s attempts at building a healthy relationship and manipulating him to the point where he is easier to control.

The last thing we want to touch on today is the difference between Luke P and Madison. Madi has boundaries and choices based on her belief system. Agree or not, believe the same or not, you HAVE to respect her right to make those choices.  And communicating those choices to Peter was absolutely okay.  Their relationship couldn’t have moved anywhere without him having that information. The key was that she laid out her boundaries and stuck to them without shaming him for making different choices. 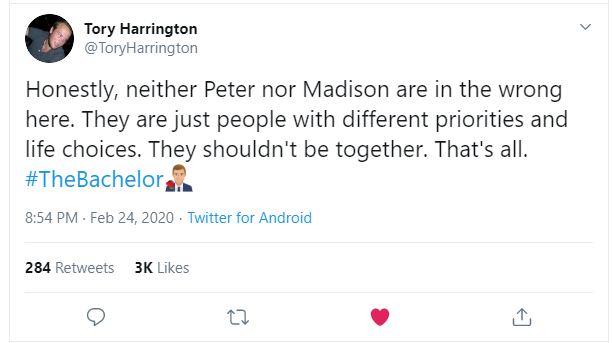 Luke P, on the other hand, had a history of gaslighting, manipulating, and shaming Hannah B.  His ultimatum to her set the tone that this would change how he thought of HER as a person.  He wasn’t laying out his boundaries and choices and asking her to respect him. He was trying to make her choices for her. That isn’t a standard or a boundary.  That’s control and shame.  And we don’t have time for that in 2020.

Our thorn of the week goes to Victoria F (this is a new record) for taking WAY TOO MUCH pleasure in Madi’s discomfort and pushing her insecurities.  Again, women and femmes…we’ve got to build each other up, not get ahead by tearing each other down.

Our rose of the week goes to Hannah Ann, our unexpectedly unproblematic queen. Her confidence in herself and her relationship, despite being in the weirdest friggin’ situation speaks volumes.  She was kind, empathetic, and compassionate with Peter AND with the other girls and she didn’t take the process personally.  We’re rooting for you, Hannah Ann. 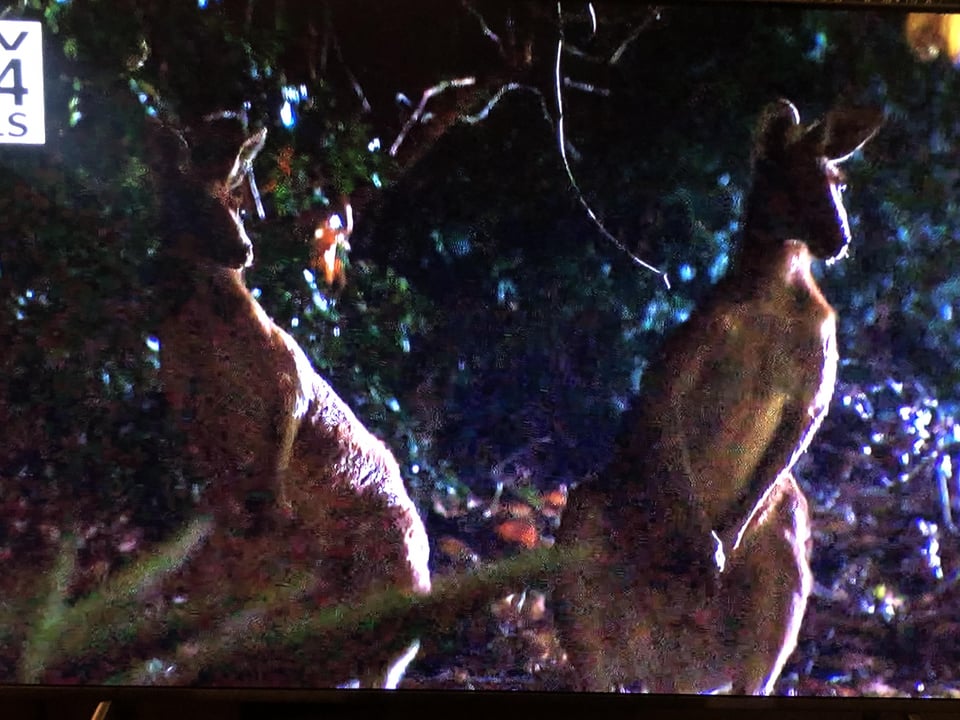